“Kaitlyn” started using the painkiller Oxycontin when she lived in Texas. “I was 12, she says.”

Two years ago, she moved to Palm Beach County. “And then all my friends were doing Percocet and smoking marijuana, so I tried it.” Pretty soon she was smoking every day.

“My boyfriend gave me a handful of Xanax and Percocet for my birthday.” Then, she overdosed at school.

“Four Percocets and eight Oxys, all before school. I asked to go to the nurse’s off ice, but the teacher said no. My veins were burning. I stood up and it just felt like my whole body was on fi re. The principal was saying, ‘What did you take?’ but I couldn’t talk. I was just moaning. And then the ambulance came.”

And then DATA came. 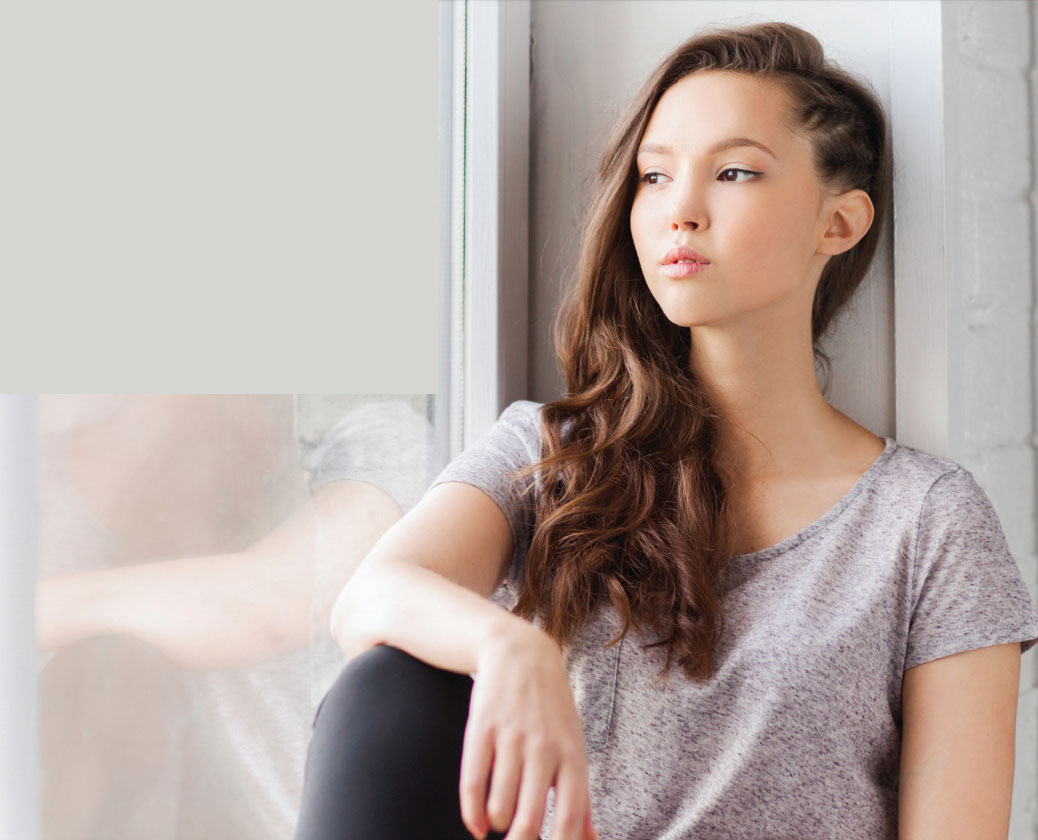 By then, Kaitlyn had a history that would make some treatment centers shudder. She’d been suspended from school more than 40 times. She’d been cutting her arms and thighs. She was Baker Acted after her father found razor blades and pills in the bathroom.

Kaitlyn was Baker Acted five more times, transferred to an alternative school and then the Juvenile Court put her on probation. “They (Juvenile Court) called and said, ‘We have a young lady here in dire need of treatment,’” recalls Walton Stoudenmire, DATA’s director of residential programs.

When Kaitlyn arrived at the Walter D. Kelly Treatment Center, “we had a rough adjustment period,” Stoudenmire says. “I thought maybe it was a little more than we could chew, but if we could get her through the first two weeks, we could probably be successful with her.”

“I don’t know how to divide, multiply and subtract,” she told her counselor. “I can’t read at all. I read word by word.”

Kaitlyn has two brothers and a sister, all from the same mother, all from diff erent fathers. She hasn’t seen her mother since she was 2. “She’s been in and out of jail my whole life,” she revealed.

Her father had contracted Hepatitis C from using shared needles, but couldn’t begin treatment until recently because he wasn’t clean of the drugs. “He never came to see me when I was Baker Acted,” she confi ded. “He always had excuses.” And he never told her no.

“I’m really spoiled,” Kaitlyn sees now. “My Dad told me he still has scars from when his Dad punished him, so he never punished me. He’d just say, ‘Don’t do it again.’ I think if my Dad had disciplined me, I wouldn’t be here.”

At the heart of her demons, she believes, is an inability to control her rage. “I’m a very open person, and I’m a very nice person,” she says, “when I’m not angry. I get angry really easily.”

DATA therapists are treating the whole Kaitlyn. She’s been given a safety plan to tackle the urge to cut herself. She’s learning impulse control. She shares her feelings and frustrations with other girls in the program. She attends classes and is making progress.

And when the stress becomes too much, she has a ball of Play-Doh and some coff ee beans.

“Kneading the Play-Doh and sniff ing the beans is a simple technique to help her calm down,” Ariana Raub, residential program supervisor explains.

In less than a month, Kaitlyn had made it through the fi rst of six treatment levels.

As she talks about her treatment program at DATA, her face lights up with a smile and she lets out a shy giggle as only a 14-yearold can do. “When I came to DATA, my hair was dead,” she says with a smile. “I had pimples everywhere. I was really gross. Now I’m clean and I know myself.

“They treat me how I want to be treated, and I treat them the way they treat me.”

Behavioral Health does not discriminate and it can happen to any child, and at alarmingly young ages.